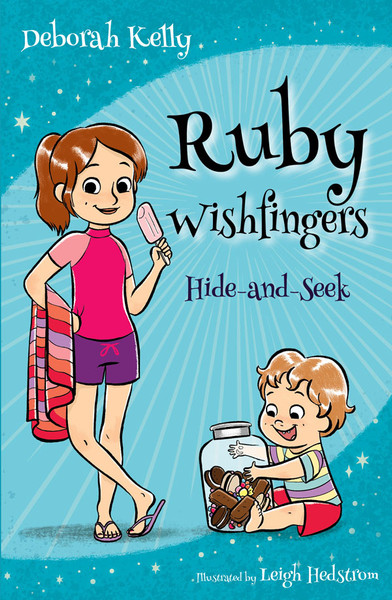 Something extraordinary is going on ... even more extraordinary than usual in the Wishfingers household! Things keep disappearing and then reappearing in the strangest of places!

Dad can’t find his lawnmower, until it mysteriously appears in an upstairs hallway. Norman’s fish tank vanishes from Ruby’s bedroom, only to turn up in the kitchen all by itself! And how on earth does Dad’s jar of treats keep finding its way into little brother Jellybean’s cot?

With Dad as nutty as a fruitcake and finger-nibbling Jellybean throwing terrible tantrums, all poor Mum can think about is a holiday. It’s up to Ruby to find out what’s going on.

Get ready for the greatest game of hide-and-seek in this next adventure of Ruby Wishfingers.

Interested in other formats? Ruby Wishfingers: Hide-and-Seek is also available as an audiobook and ebook.

How Not to be Popular