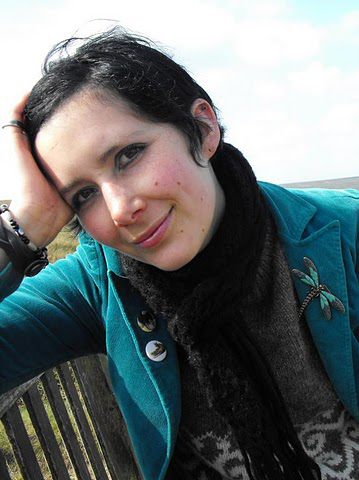 Kate Gordon grew up in a very booky house, with two librarian parents, in a small town by the sea in Tasmania. She spent her childhood searching for fossils at Fossil Bluff, wondering about the doctor who rode his horse off the cliff at Doctor’s Rocks, and eating the best chips in the world at the fish and chip shop at the wharf. She also spent much of her time dreaming about being a writer, and spent many a lunch hour walking around the playground reciting poetry. The other children thought she was a little bit odd. After studying performing arts and realising she was a terrible actor, Kate decided to give in to genetics and study to be a librarian herself. She never stopped writing and, in 2009, with the encouragement of a very nice man called Leigh (who is also her husband), she applied for and won a Varuna fellowship, which led to all sorts of lovely writer things happening.

She is the author of six novels for teenagers, as well as the picture book, Bird on a Wire, and the junior fiction series, Juno Jones. She now writes middle grade fiction.

Girl Running, Boy Falling was released with Rhiza Edge in 2018. It is a story about grief, family, mental health and friendship, set in a small town in Tasmania. It has been long-listed in the 2019 CBCA Awards and was published in Germany.

Kate lives in Hobart, in a mint-green cottage, with her husband, her very strange cat, Mephy Danger Gordon, and a wonderful little girl who goes by the name of Tiger. Kate dreams that one day she and her little family will live in another cottage, by the beach, with goats and chickens. In the meantime, she fills her house with books, perfects her gluten-free baking technique, has marvellous adventures with Tiger, and she writes.