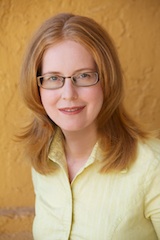 After graduating from Concordia University in Montreal, Canada with a BA in English Literature and History, LD Taylor began a career in marketing for the 3D graphics and animation software industry.

A few years before her family’s immigration to New Zealand in 2010, she decided to spearhead a family project that would combine one of her teenage sons’ interests (videogames) with one of her own (mystery novels).

Today, Taylor and her family live like pioneers in New Zealand’s Northland, taunting their family back in Canada with photos of exotic locally grown fruits and snowless winters.

Speaker Topics
Lisa's workshops are targeted at either schools or adults and focus on the media and its effect on children.

Workshop: The Media and its Message (for schools)
Workshop: Media Literacy: Educating Ourselves and Our Children in the Digital Age (for adults)