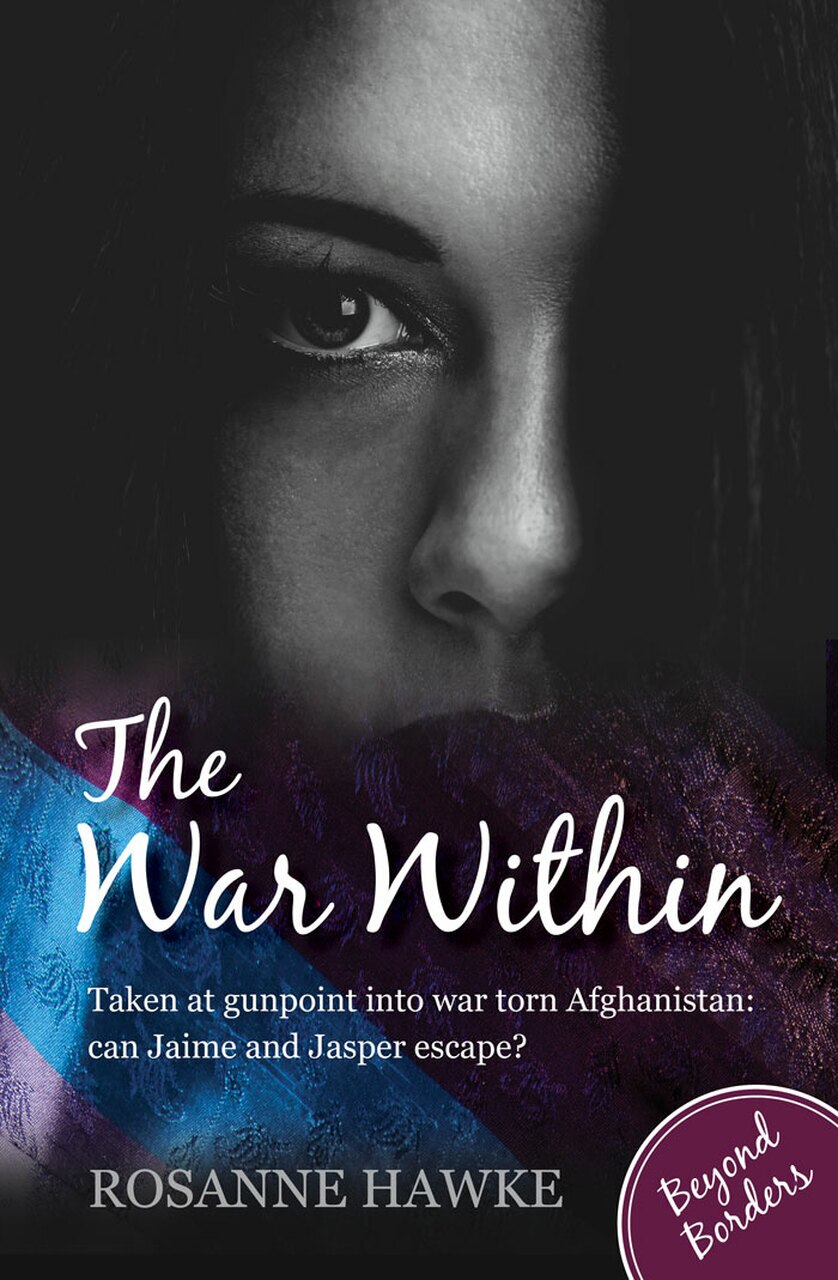 I’ve had the joy over the last year to rewrite an earlier novel which is now The War Within. This is how it happened.My children are Third Culture Kids (TCKs), kids who are brought up in a culture which isn’t their parents’. They learn to adapt to the culture they grow up in and can find it very difficult returning to their parents’ own culture. To most TCKs their parents’ culture doesn’t feel like their own. Jaime Richards in the series Beyond Borders felt like this when she returns to Adelaide for high school in Dear Pakistan. I felt like this even moving states as a teen. Our whole family felt the culture shock of re-entering Australia after ten years in Pakistan and the UAE.

My daughter Lenore returned to Pakistan when she was 18 and found the experience very helpful for settling in Australia. This what Jaime Richards also does: returns to Pakistan to ‘settle the ghosts of the past’ and see her friends. Except her experience turns into an adventure that Lenore could only dream of.

The War Within began with Lenore wanting a story about an abduction set in Afghanistan. One of our co-workers had been kidnapped by freedom fighters and this instigated the request for a story about it. That story became a book called Jihad. Jihad in this case meaning a spiritual struggle within. Jasper is having this personal jihad as he faces his grief about his father lost in Afghanistan.

I edited this story a little when it became part of the Borderland series, three books in one volume: Re-entry, Jihad and the new title Cameleer. But when Rhiza Press recently offered a contract to republish and rebrand these books into a series of four called Beyond Borders, I was stoked. ‘You might like to rewrite Jihad,’ the publisher said quietly. ‘Of course,’ I replied. However, I didn’t realise how much I had learned since the publication of Borderland. When I reread Jihad I was shocked to find how much it needed to be better.

I couldn’t wait to rewrite it. The plot was enjoyed by readers, so that stayed the same, but I restructured the novel to include POV chapters for Jasper. I changed the premise of it being a story that Jaime was relating in hindsight to one that was happening now. This eliminated the seemingly POV glitches, and the unnecessary foreshadowing, for now Jaime doesn’t know how it’s going to end and can’t add her two cents worth about the future. It’s become a tighter read, and I believe a more enjoyable and exciting one. I also updated the events in the background of the novel to be consistent with modern world events. Even some technology is thrown in the mix as well.

It was a joy to revisit this story, to rewrite it to a higher skill level with the knowledge that I’d picked up over the last ten years of encouraging other writers.