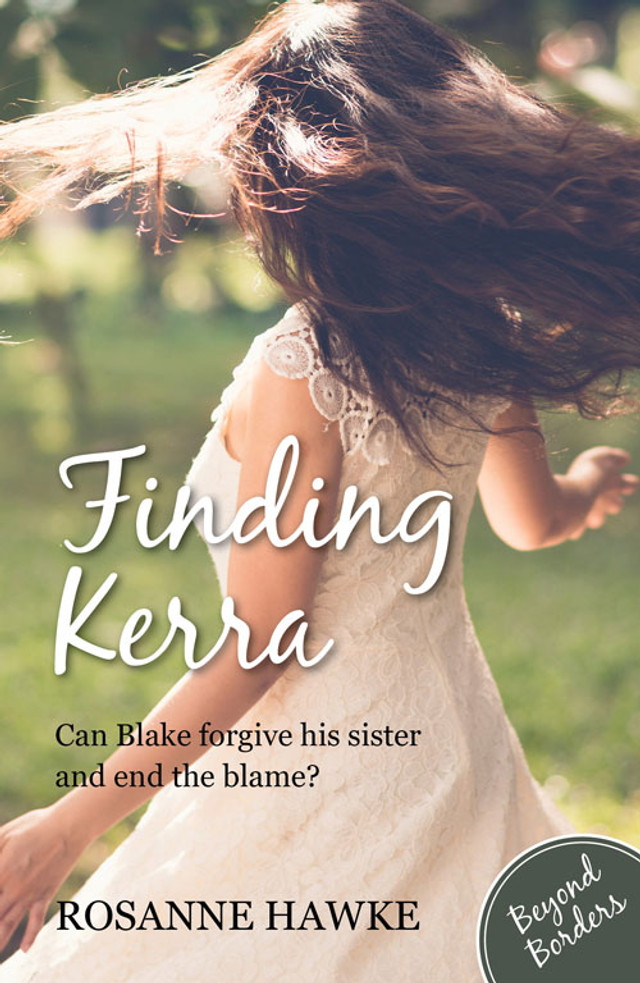 The seed idea behind Finding Kerra sprang from my childhood, growing up in the semi-outback of central Queensland. My father was a grazier and we lived about ten kilometres from a hot, little town called Banana, where I attended a one-teacher school. I rode to school on a converted cattle truck and it took an hour to pick up all the kids from the neighbouring properties. I was the first one on in the morning, and fortunately, the first one off in the afternoon.

Some of the events in Finding Kerra happened in my childhood: drawing on a windmill platform (I never told my mum, of course), riding horses (didn’t tell Mum that I fell off), a haystack fire in winter, helping with a muster, nearly drowning in a dam. But the setting for Finding Kerra came from my love for the Australian Outback that has increased ever since I rode the Ghan (and a bus) through the desert to Darwin when I was fifteen.

Some years ago, my husband and I took a road trip up past Port Augusta, Beltana, Farina and Marree. We even went to the Camel Cup at Maree to watch camels race and stayed at a station for a few nights. Since then we have travelled up that way again and further north up the Oodnadatta and Strzelecki tracks, Coober Pedy, Uluru and the Alice. More northern treks are planned. Maybe more stories will appear too.

One of my favourite memories of the outback as an author is speaking on School of the Air. I was talking about Mustara and Ernest Giles’ trek to Perth. Students replied interactively that they had ridden camels and one boy had seen Ernest Giles’ tree where he left a saddle. I was moved that these kids who couldn’t play with each other still had a school community online.

I love the space and atmosphere of the outback. I like to be able to see the horizon and the further away the better. What some call ‘empty spaces’ I think are places full of the magnificence of creation; at Uluru I felt the awe of sitting in a natural cathedral. When I lived in Pakistan, it was this space and huge sky that I missed. Now I live in rural SA. People here still drive utes and lift a finger in greeting as they pass, and the outback is only a day away. Finding Kerra is my attempt at catching a small part of the Australian outback for those who can’t make the trek and for those who will be inspired to go.